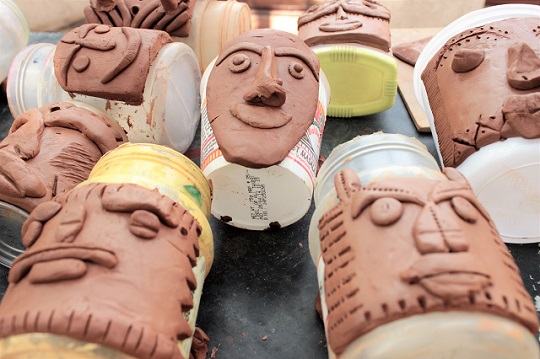 The important thing to note is that the 2016 act has recognised intellectual disability and disability-related to speech and language as a disability under the bill which did not have this status earlier. The 2016 act have also created new categories of disabilities such as Dwarfism, a muscular dystrophy and blood disorders such as Thalassemia, Hemophilia and Sickle Cell disease.  It is for the first time that these disabilities have been included.
The 2016 act, in contract with the Convention on the Rights of Persons with Disabilities  2006 adopted by UN General Assembly, lays down the following principles for the empowerment of persons with disabilities:
(a) respect for inherent dignity, individual autonomy including the freedom to make one’s own choices, and independence of persons;
(b) non-discrimination
(c) full and effective participation and inclusion in society
(d) respect for difference and acceptance of persons with disabilities as part of human diversity and humanity.
(e) equality of opportunity.
(f) accessibility.
(g) equality between men and women.
(h) respect for the evolving capacities of children with disabilities and respect for the right of children with disabilities to preserve their identities.
Adhering to the aforementioned principles the 2016 act casts a responsibility upon the authorities and appropriate government to take effective measures ensuring the rights and benefits bestowed upon the person with disabilities. It mandates the government to make arrangements for the person with disabilities to enjoy their rights equally with others. The Act lays down the benefits such as reservation in higher education, government jobs, allocation of land, poverty alleviation schemes for the persons with high support needs and benchmark disabilities. It mandates 4 per cent reservation for the disabled in higher education institutions and government.Every child with benchmark disability between the age group of 6 to 18 is entitled have free education. Also, Government funded educational institutions, as well as the government, recognised institutions will have to provide inclusive education to the children with disabilities.The Act has penal provisions for non-compliance. The lays down provisions for the creation of National and State Fund to provide financial support to the persons with disabilities. The existing National Fund for Persons with Disabilities and the Trust Fund for Empowerment of Persons with Disabilities will be subsumed with the National Fund.
The 2016 Act also incorporates penal provisions for non-compliance under which violation of any provision of the Act is punishable with a fine of Rs 10,000. and subsequent violations could attract a fine of Rs 50,000 to Rs 5 lakh. Although the bill had the provision for a jail term of 6 months which may be extended to 2 years on subsequent violations but this was dropped in Rajya Sabha. The 2016 act has laid down provisions for guardianship of mentally ill persons. The District courts may award two types of guardianship. While a limited guardian is to take joint decisions with the mentally ill person, the plenary guardian takes decisions on behalf of the mentally ill person, without consulting them
The 2016 Act is a fresh breeze for which we have been waiting since 1995 but yes it would not be an exaggeration in saying that 2016 enactment is a fresh start and has answered few queries in the long bucket list. The implementation and executive attitude have to be tackled to make it a surface reality.