The Right Approach: The census on disability 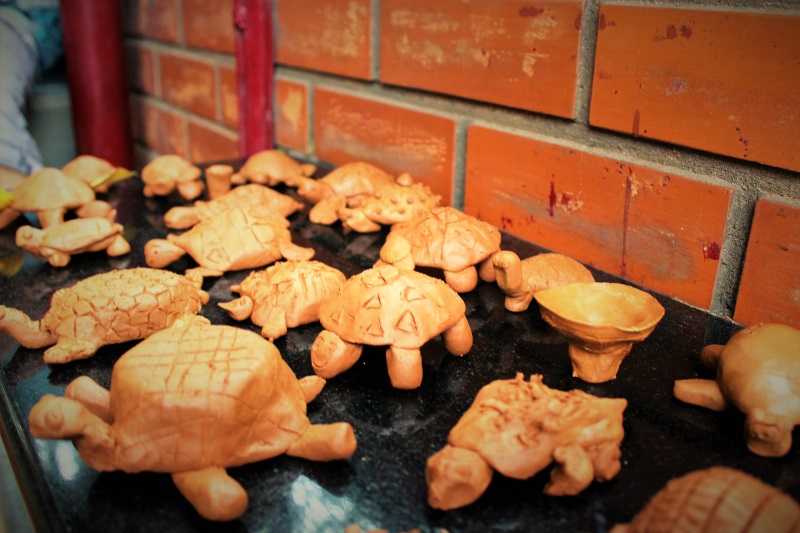 In this edition of The Right Approach, we are trying to understand the ground realities through analysing census data concerning persons with disabilities. This analysis is important as it will reflect the areas which need to be addressed by the government and in turn the suggestions which can be churned out for better implementation of The Rights of Persons with Disabilities Act, 2016.

Our country’s claim of unity in diversity seems out of gas when the rights of persons with disabilities are put in public discourses. They seem to be at the periphery of affairs without staking a claim in the mainstream society. The census of 2001 reflected that over 21 million people in India are suffering from one or the other kind of disability which constituted over 2.1% of the total population. Census of the year 2011 reveals the data that population of persons with disability in the country has grown to over 26.8 million people constituting 2.21% of the total population. The rise in numbers is both absolute and proportionate and we should consider the fact that census of 2001 only acknowledged five types of disabilities (disability in seeing, in speech, in hearing, in moving, and mental disability) and Census of 2011 acknowledged eight (disability in seeing, in hearing, in speech, in movement, in mental retardation, in mental illness, any other and multiple disabilities). However, the figure in the census does not tell the true tale of persons with disabilities as many other types of disabilities are ignored or have not been taken into account. The Rights of Persons with Disabilities Act, 2016 recognised twenty-one types of disabilities than pre-existing seven from the Persons with Disabilities Act, 1995 which has been repealed after the enactment of 2016 Act. This in itself resonates the hypothesis that 2011 data figures are flawed and will shoot up after the census of 2021 which is expected to reveal a clearer picture concerning the state of affairs.

A cursory analysis of the data collected in 2011 census portrays the fact that there has been an increase of 22.4% in of persons with disabilities from 2001 whereas the increase in the total population during the same period is 17.7%. Among the disabled population of 26.8 million, 56% (15 million) are males and 44% (11.8 million) are females out of which majority (69%) is residing in rural parts of the country. The data also represents the fact that 20% of the persons with disabilities are loco motor disabled, 45% are speech, vision and hearing impaired, 9% are having mental retardation and mental illness, 8% with multiple disabilities and 18% of the population have any other disability. The data burst the myth of disabilities comes with old age as 33% of the population with disabilities are from the age group of 10 years to 29 years and 21% from the age group of 60 years and above. 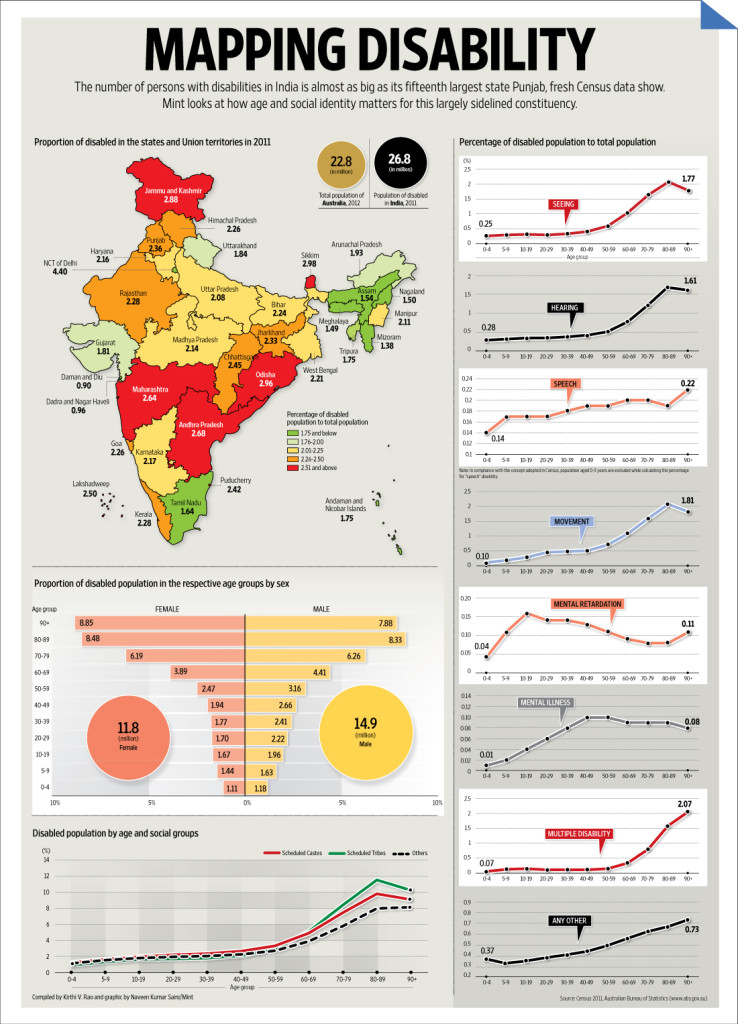 The analysis of the 2011 census data clearly reflects the nationwide sorry state of affairs of the persons with disability. In such a time, the newly enacted Rights of Persons with Disabilities Act, 2016 lays down provisions for reservation in higher education, government jobs, allocation of land, and poverty alleviation schemes for the persons with high support needs and benchmark disabilities. It mandates 4 per cent reservation for the disabled in higher education institutions and government. Every child with benchmark disability between the age group of 6 to 18 is entitled have free education. Also, Government funded educational institutions, as well as the government recognised institutions will have to provide inclusive education to the children with disabilities. However, to implement the pro-disabilities provisions, the government has to tighten its reins as a lot of ground work and basic structure of governance concerning the population needs fixing and somehow the intent seems to be lacking as in the Union budget of 2017-2018, the disability sector received the neglected attention as only major announcement made was to make 500 railway stations as disabled friendly. There was nothing on building infrastructures to promote education, inclusion and livelihood of the persons with disabilities which is long pending.