The Right Approach: The Problem of Equality 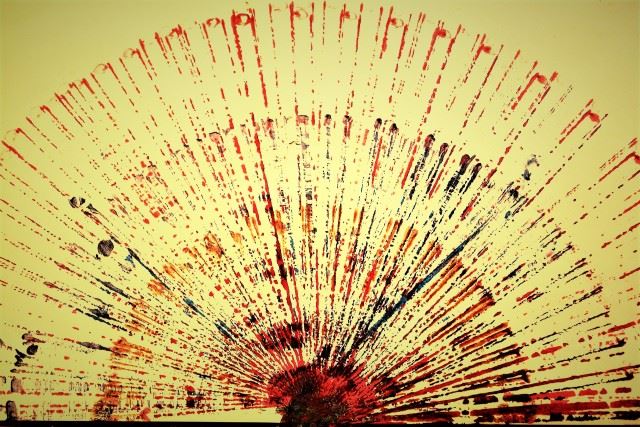 This blog is focused on the social inequality in terms of caste and by a series of blogs, we intend to explore the inequalities rampant in the society along the vertical and horizontal plane and the impact it had or has on the education and system of education in the country.

India is a country of diversity. It comprises of a huge mix of a heterogeneous population including various religion, class, caste, social status etc. The law of nature deals with inequality. All around the world and throughout the history of mankind, we will find that societies were always unequal; rather it is natural to have unequal societies owing to the structure and need of society. After mankind entered into the era of the welfare state, where naturally formed societies were to be governed by the governments, a need was felt to create equal societies. Therefore, it is surprisingly against the law of nature to strive for a society that is equal. Therefore, the idea of absolute equality is a myth or a utopian concept, but still, we wish to achieve a near-ideal society where inequalities are diminished. The concept of inequality is entirely different from diversity. Diversity is the beauty of a lively society, whereas inequality is a hierarchical setup of society where the people below the line are never allowed to rise. It is the breaking of this hierarchical setup where people can move freely to and fro and society has vertical lines instead of horizontal.

We all live in the world of hierarchy. It is a social fact and we are a party to it. The setup includes education, work, property etc and in all spheres there is widely accepted hierarchy based on the parameters and indicators convenient to the power exercising mechanism or system. It is a widely accepted notion that the education system in a society paves the way for development and progress of that society. It helps to evolve and progress all capacities in a person resulting in the inculcation of a quality allowing the person to control his environment and accomplish his possibilities. It is by the medium of increasing access to education that social hierarchies can be challenged or amended.

The primary education of an individual focuses on building a base for a mammoth structure which is going to be erected on that base. It affects the way of life, the quality of life, the social status of the individual and most importantly helps in taking an informed and rational decision. Primary education helps in shaping the career path, an aptitude in general and skill set in the specific field of interest. The general aptitude and specific skill set created by the virtue of primary education play an important role in pursuing higher education which shapes the entire career path. It encompasses reason in individuals and helps them to create a better society to live in. It makes them aware of their rights and duties which further acts as an agent of reformation whenever and wherever required in the society. Ideally, the education system must be based on merits and without any special privileges to any specific group in the society but this equitable treatment is possible in homogeneous society or within a society which is prima facie heterogeneous in nature but identifies and respects the cultural differences and reside amicably. However, Indian society is neither. It consists of many religions like Hinduism, Islam, Christianity, Sikhism, Jainism, Buddhism, Parsis’ etc and every religion has its own distinct cultural identity, beliefs and value system. These religions are divided into various sects, castes, Varna’s and other denominations and distinguish itself from the other on food habits, clothes, geographical region, kind of work etc. The caste system in Indian society is considered as a basic feature of Hinduism (the majority religion in India, Census 2011), the caste system or jati vyavastha is an extension of Varna system. It is the world’s longest surviving social hierarchy.

As per ancient Hindu scriptures such as Vedas, shrutis, smiritis, Puranas etc, the Varna system consists of four limbs namely Brahmans, Kshatriya, Vaisyas and Shudras and exist in the same order in the social hierarchy, each Varna consist of many jatis or caste. Before understanding the hierarchy of castes’ in the society let us first understand the origin and meaning of the term caste. The term caste originates from Portuguese word ‘casta’ meaning chaste or pure. In the Indian system, it refers to a smallest possible group of individuals performing endogamy to maintain the sanctity of the group.  These endogamous groups are further divided into the lines of occupation, region, language, and sector.  These endogamous groups or jatis are arranged in the hierarchy which reflects their social status. This structure is twofold, first at the level of Varna’s wherein various caste are placed in one or the other of four Varna’s on the nature of work they perform in the society and second is the hierarchy of caste among the groups placed in same Varna. Therefore, a caste or jati placed in the Brahman Varna shall have a higher place in the hierarchy than a caste or jati placed in the lower Varna’s. Apart from these four groups properly arranged in the hierarchy, there is the fifth group which is considered to be unworthy of categorization in any of the four groups. This group is known as avarna (non-varna).  This group is considered untouchables and are not allowed to participate in the day to day affairs in the society as the castes place in the Varna system is allowed. However, these groups are divided into further sub-castes which represent the social fact of hierarchy. There is mobility in four varnas and freedom to choose occupation but the fifth has not been allowed to shift from the situation in which they are in, they have been confined to the occupational structures in which they are born.  Louis Dumont identifies that there are three basic or fundamental principles on which the Indian caste system is based. These three building blocks of the caste system are first, the hereditary specialisation of work, secondly, the hierarchy of endogamous groups placed in the Varna system and jati Vyavastha and thirdly, the isolation of one group from another.  The above-explained jati system is wined in the Indian social system and it is so rigorous that any attempt to revamp or restructure the system leads to caste conflicts and violence.