The Right Approach: The Rational behind Affirmative action and policies 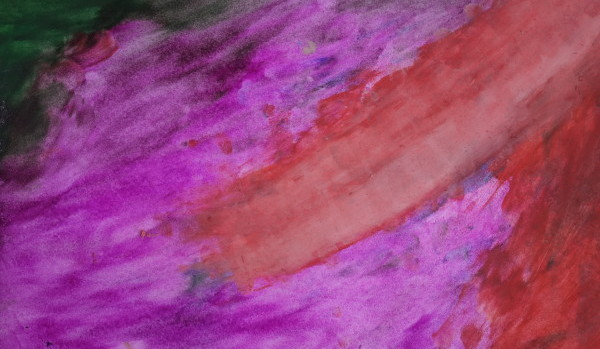 The third in the series finds the meaning of affirmative action and how it has developed through legislation and policies, what is the need for the policy and the discovers the beneficiaries of the policy.

What is Affirmative Action?

The affirmative action mechanism enshrined in the Indian constitution, popularly known as reservation, is a social betterment tool which gives preferential treatment to the socially and educationally backward classes in constituencies, education, employment and promotion in employment. It is often termed as positive discrimination as it provides an opportunity to the under-represented sections of the society. India’s affirmative action policy is among the largest, longest-running, most elaborate and successful initiatives of its kind in the world.

Affirmative Action refers to those set policies which are designed to increase representation of underrepresented groups in various social spheres.

History of Affirmative Action and caste politics in India

It is believed that the affirmative action or the reservation policy is the result of the constitution but we can find its traces during the colonial rule or pre-constitution era. The census of 1911 saw may group to pose objection regarding their hierarchy as documented by the government and pressed for higher status in the census as well as in the social setup.

The British authorities intervened in this caste order dramatically, firstly they asked for advice of Brahmans on correct customs to govern the caste-ridden Hindu society as per their personal laws. This increased the influence of Brahmans and placed them at the top of the social order as the new elite. This led to the emergence of many anti- Brahmans movement. Secondly, the Indian Councils Act, 1909 passed after the recommendations made out in the Morley-Minto reforms talked about separate electorates paving the way for caste-based politics and created an organized depressed class movement. Thirdly, the British government enacted many laws to strengthen the untouchables and depressed caste. For e.g. the Removal of Disabilities Act, 1934 passed by Madras Government.

These moves by the British Government helped in melting the ice around the social strata established at that time. This led to the formulation of many political fronts such as Triveni Sangh formed by the alliance of Kurmis, Yadavs and Koeries for contesting elections in the North India. Thus, it made the depressed class politically active and come up front to claim their rights and representation in the decision-making structure. It helped in the formation of Backward Class Federation which incorporated other backward and depressed castes.

There exists a relationship between caste and politics which can be traced back in history. The different periods unfold different connections between the two variables. The democratic India has legally placed all castes on equal footing which changed the dynamics of caste politics. The caste competitions and the politics have shifted towards jobs, educational opportunities and position of power in government unlike the feel good and status factor which was there in the colonial caste and politics interplay. The traditional caste system has been juxtaposed with the contemporary caste system which is politically driven.

Dr B.R. Ambedkar opposed the proposed amendment saying that this would not help in creating an equal society. This would further segregate these groups and will create a situation of ‘separate but equal’ which is not desired by the constituent assembly.

Therefore, the constitution passed by the Constituent Assembly in the year 1950 did not have Article 15 (4) as the constituent assembly rejected the contents of it. Article 15 (4) was inserted in the constitution by the first amendment act, 1951 to override the decision taken by the Apex Court in Champakam Dorairajan Case In this case, the government of Madras reserved seats in educational institutions on the basis of religion and caste which was held unconstitutional as the policy was violative of Article 15 (1). However, it is necessary to clarify that Article 15 (4) is an enabling provision for policy making and does not make the reservation a matter of right.

Therefore, the first amendment insertion of Article 15 (4) in the constitution paved way for affirmative action in education. It is pertinent to note that Article 15 (5) was also introduced through ninety-third constitutional amendment and it was introduced to nullify the decision of Supreme Court in P.A. Inamdaar case in which it was held that state cannot enforce reservation policy on private unaided institutions. Article 15 (5) is an enabling provision which enables the government to form any policy for the upliftment of socially backward class.

The Article 15(4) of the Indian Constitution bestows the power in the state to make special provisions for:

Article 341 and 341 deals with the declaration of scheduled tribes and scheduled castes and power has been vested in the President of India to specify certain groups as STs or SCs. The Constitution of India provided reservations for Scheduled Caste and Scheduled Tribes and left the scope open for formulating affirmative action policies for other backward classes which are socially and educationally backwards. The affirmative action policy has been introduced by the government to bridge the gap between the socially and educationally backward classes to come at par with the rest of the society. These policies are constitutionally mandated by Article 340 (1), Article 340 (2), Article 15 (4) and Article 16 (4).