Crossing the threshold into a new experience 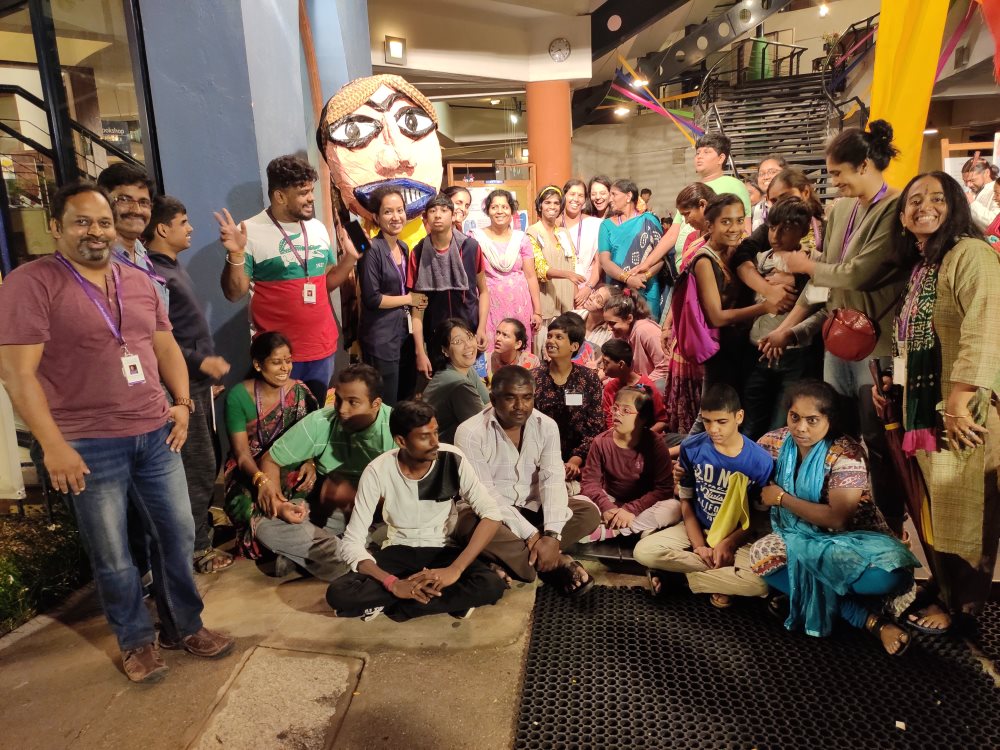 X is daunted by doorways. She stops dead in her tracks and cries loudly, sometimes bites her hands and refuses to enter or exit – depending on which side the doorway looms. As soon as she has crossed the threshold, she often smiles like the sun and shakes her head from side to side like her favourite song is playing. Y uses short screams as a way of speaking. He also gestures and communicates but screaming in different tones seems his preferred mode of communication. Z has meltdowns that we do not understand the triggers for all the time. While providing all kinds of children with special needs a safe space to express their emotions, our attempt is to get them to interact with others, communicate their needs appropriately and engage with the world in all its hues and shades.

Each child that comes to Snehadhara Foundation(SF) is a complete universe – just like any other child. They have their own ways of reaching out, reaching in, loving, speaking, singing, needing, giving and learning. Unlike other children who are considered ‘normal’ or neuro-typical, however, these children do not get to experience public spaces easily and their social lives are restricted. While the need for planning and building safety mechanisms is understandable, the exclusion and segregation that they are often subjected to is not. 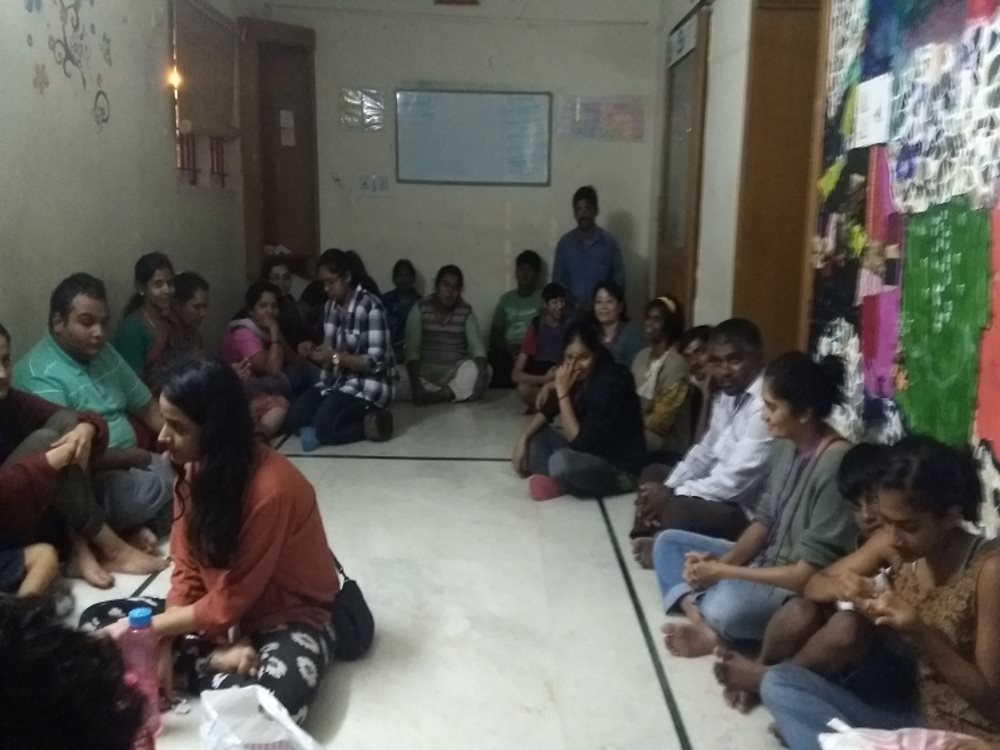 In this context, our plan to take two groups of our children to Ranga Shankara and offer them the experience of watching a play with many other parents and children almost seemed ambitious. A lot of planning had to be put in place. Permissions and confirmations from parents were sought. Children and duties were allocated. Support was sought from the organisers. Scenarios were discussed and all possible alternatives considered. Yet, the evening was filled with suspense and anticipation – even when we finally sat in the theatre with all the children cheering and the lights going down. We were watching ‘play’ happen on all sides inside the darkened theatre. ‘Body Rhapsody’ performed as part of the ‘Aha! International Theatre Festival for Children’ was our most novel ‘classroom’ experience in recent times.

“The children were so clearly excited and happy to see the lights, colours, textures and people. Yet, it was fascinating to watch how the children responded appropriately to these various stimuli in the theatre,” shares Arun Kumar, an Arts Based Therapy (ABT) practitioner and facilitator from SF. Bunty Shrestha, a senior ABT practitioner and facilitator says, “It was an environment in which they were watching something happening at a distance and acknowledging it.” It was a great exercise in focus. “For some of the children, sitting there for that long period was a goal in itself.”

The whole exercise of planning this activity and implementing it opened many learning opportunities for the team, she shares. “A child was continuously slipping and falling down from the seat. Was it only because he was uncomfortable or was he disinterested? How can we make it more comfortable for him to engage with a play?” It will take the children and us a long time to process this experience. Every child’s struggles are unique and have to be factored in the planning, she says.

Siddamma, a staff member described how she enjoyed the creativity of the performer while Utthara, another staff member described how she enjoyed watching such a play with the children. She shared Arun’s fascination in watching the children’s responses. “The more we take them out, they more they will learn, no?” she asks. She expressed pride in the coping skills displayed by the child she was taking care of in the auditorium. “Suddenly, so many new people and different experiences were thrown at them and yet, they managed so well. Wish we can give them more such opportunities.”

“The focus with our direct care programme at Snehadhara is to widen the social world of the children. It emerged from the needs expressed by the parents and our observation of how the children grow and develop when given the space to savour new environments. We also work with social appropriateness – so important for children with autism. These children are often not brought out because of the fears of their parents and social challenges,” says Gitanjali Sarangan, Founder and Executive Director of Snehadhara Foundation. “In the theatre, they were offered a contained space that asks certain things of people who come there. In such a space, if our children are allowed in, we get an opportunity to push their boundaries and build their familiarity with social appropriateness; we get to work with them on the need to be quiet in certain spaces and to communicate their needs effectively in the available context.”

Through ‘Houseful,’ our in-house performance programme in which an artist comes and performs for the children every month at the Centre, an attempt is being made to build the concept of “me and the other,” she added. “The children sometimes talk about themselves also in third person.” To strengthen their sense of self and the other, we have designed a programme in which they sit and watch a performance for about twenty minutes and then participate in a short workshop offered by the artist. The Ranga Shankara experience gave us a chance to test this same skill in a very new and much more loaded setting, says Gitanjali.

The experience has turned out to be a “great opportunity for us to rebuild inclusion in the mainstream world,” she says. “It was beautiful to see how allowing and supportive the organizers, artists, volunteers and people around were of this whole endeavour.” The deep detailing and care shown by the teams at Ranga Shankara enabled us to have a very pleasant engagement with the arts and our children overall.

N watched every move for most part of the play. We knew because he was imitating the actor’s movements with his hands and holding a small audience around him in thrall. Almost all the children from the group sat and enjoyed the play. They responded to its stimuli with their fingers, eyes, facial muscles, eyebrows and vocal chords. When all the children came back to the Centre and sat together to talk about the play, the unequivocal verdict was: “Aha! Soooper!”