Houseful – of Joy and Artistic Adventures 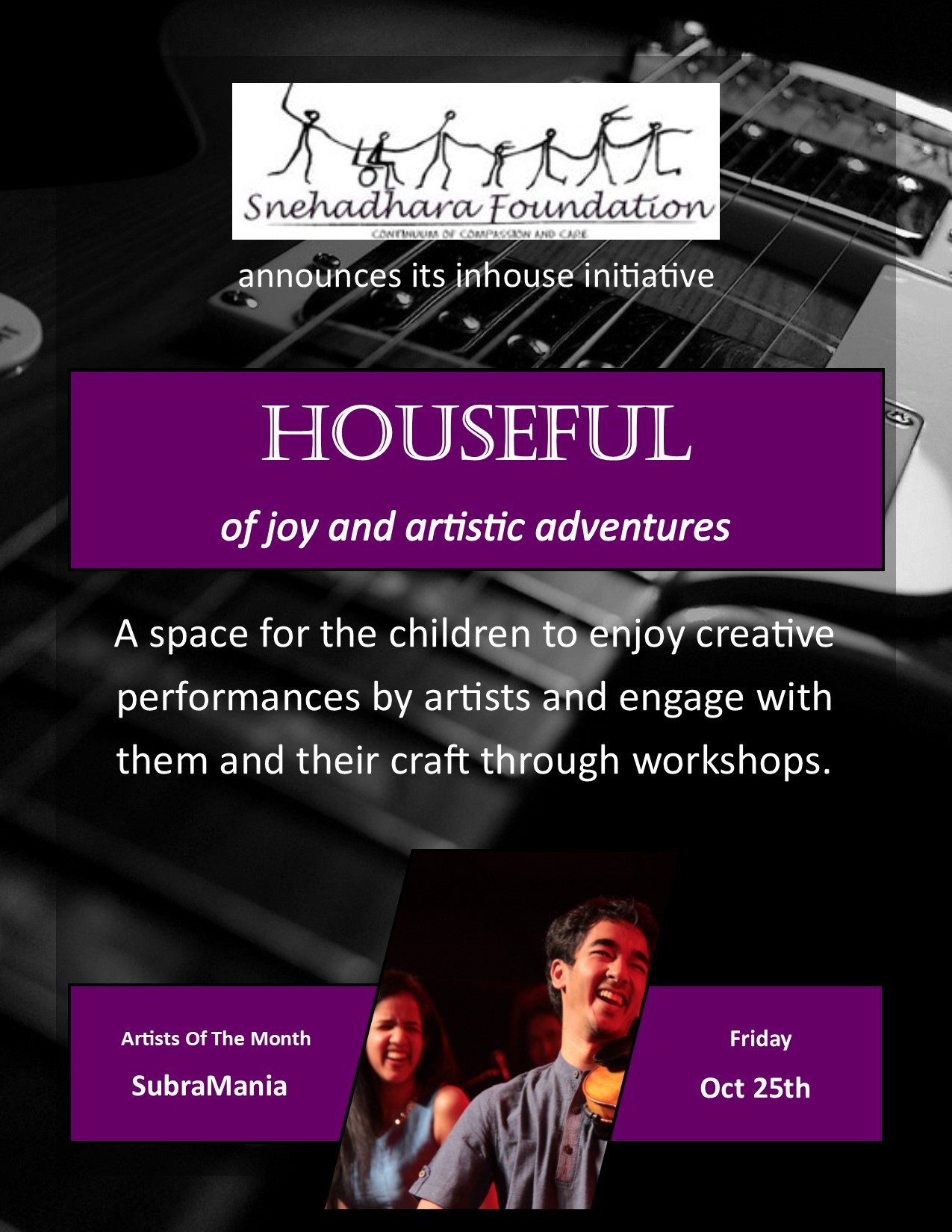 In addition to creating their own material in English and traditional Indian languages, SubraMania works with well-known classics and jazz standards to interpret them in a completely new light. The band has been built on a multi-generational musical tradition, but with a sound that is distinctly its own.

Both Bindu and Ambi are established solo performers in their own right, with awards, hundreds of stage performances and multiple albums to their credit. They decided to create SubraMania to create a new voice for contemporary world music. In the short period since it’s been formed, SubraMania has already performed in seven countries across Europe and toured in India widely.

SubraMania has collaborated with Indi-Pop legend Lesle Lewis, performing with him at the Storm Festival and recording for his new album. They have also worked with Bollywood composer Aadesh Srivastav for his Global Sounds of Peace concert and recording.