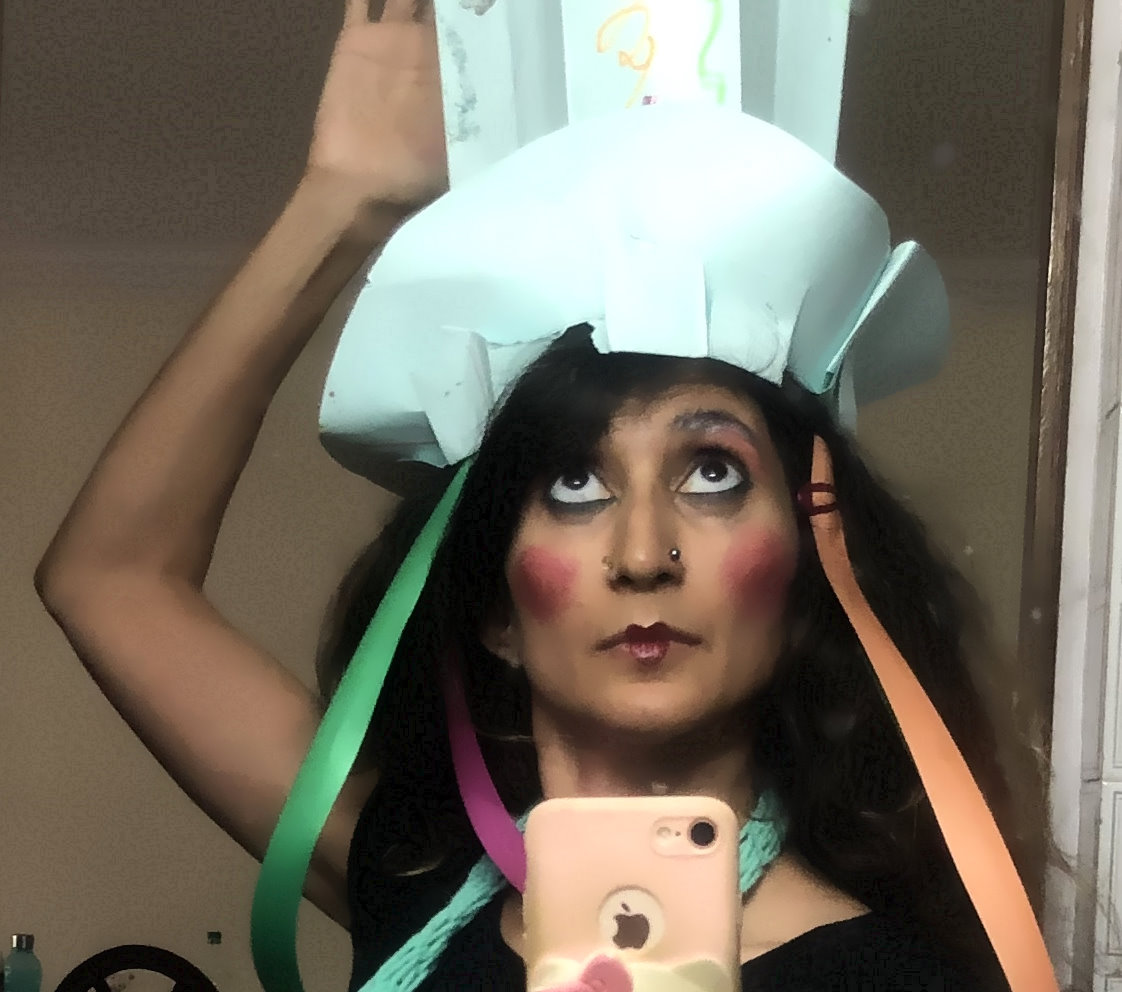 When we planned Summer School for the children earlier this year, none of us could have foreseen the nationwide lockdown. Snehadhara’s Direct Care Centre had only recently moved from a packed, residential area in South Bangalore, to an expansive campus in a gated community in Nelamangala City.

The shift aimed at enabling the children to explore greater independence by staying overnight at the campus for two nights a week. Though the campus had been inaugurated, the children hadn’t come to stay as yet. Summer School aimed at introducing the new space and a greater sense of independence to the children. Given our commitment to apply the arts to achieve social inclusion for our children, we wanted to introduce the new campus to the children through the arts. Our Founder and Executive Director, Gitanjali Sarangan, suggested we should introduce the new space through Lewis Carroll’s Alice in Wonderland. With its themes of new journeys, adventures, challenges and overcoming them, it really felt like the right choice for Summer School and exploring a new space- which we hope will feel both like home and Wonderland for them.

Facilitator’s had planned sessions around Alice’s journey through the rabbit hole, meeting different characters like the White Rabbit, the Mad Hatter, Cheshire Cat, the Caterpillar, the Queen of Hearts and others. With the announcement of the lockdown, everyone at Snehadhara felt sad about not being able to launch Summer School sooner. Yet we believed that for the children who like everyone else would have to stay at home during the lockdown, Summer School would have to be adapted to happen wherever they are.

So started a month long engagement of biweekly zoom calls with each student through games, cooking sessions, stories, songs, drama and play – all based on the story of Alice and Wonderland. Throughout it was the team’s endeavour to let the children know that nothing has changed and that everyone at school is still there with them, though the children cannot come back to the campus yet. These zoom calls also involved the parent community very closely as so many of them set up calls and sat with their children in the initial stages of the process. However, the children surprised all of us by engaging with the facilitators on their own. 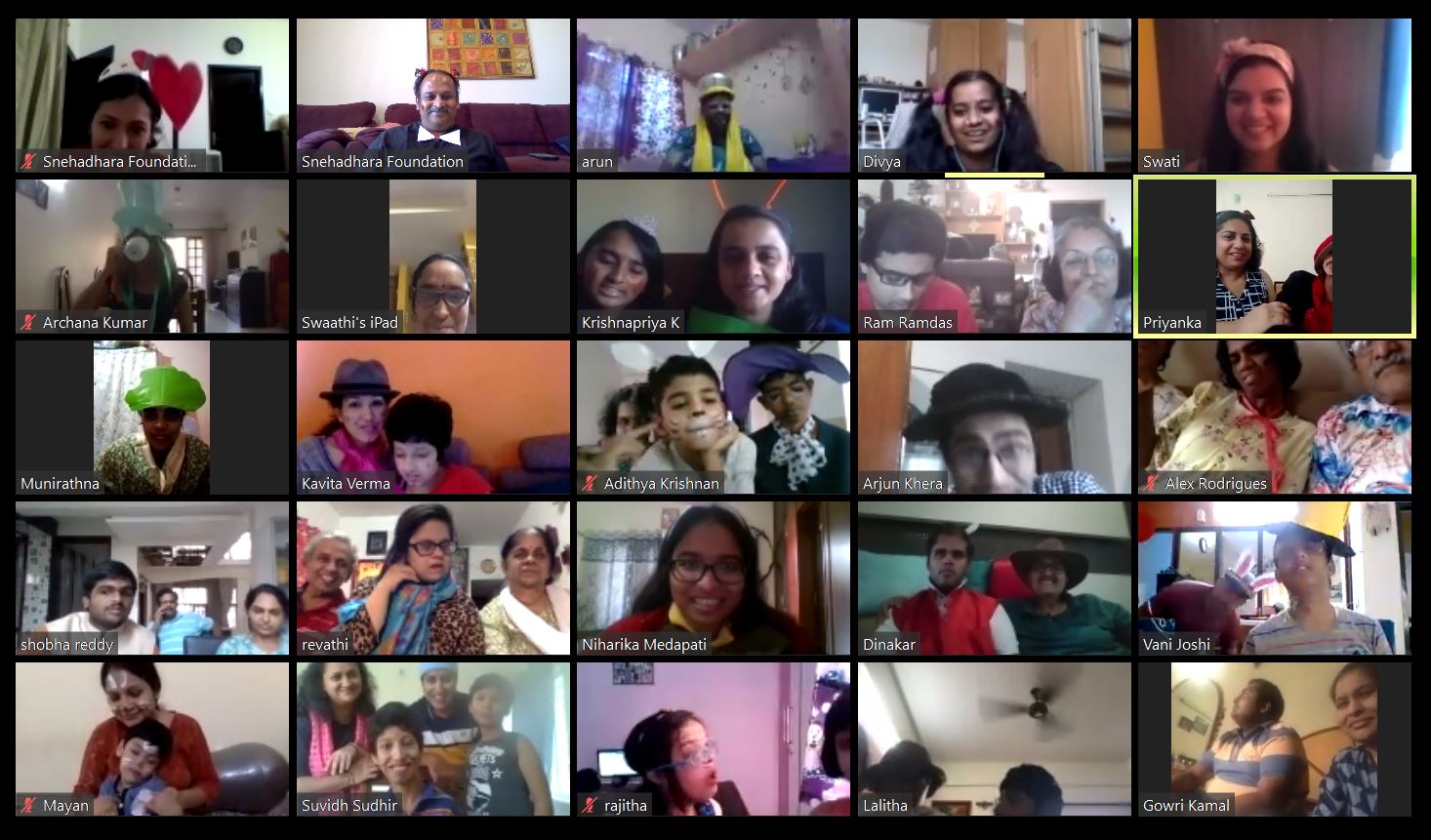 To mark the end of one month of Summer School, Snehadhara organised the Mad Hatter’s tea party through a Zoom call today. It was a costume party and children, parents and facilitators exchanged excitement and happiness through the day. Everyone shared pictures of themselves getting ready as rabbits, mad hatters, Alice, the Queen and caterpillars.

When the tea party started, the happiness and joy really resonated with everyone. We were all asked what character we were, and everyone was acknowledged individually. Then the group moved to a movement and mime activity based on Alice’s journey in Wonderland. Songs about the story were improvised and everyone sang them together. Some of the participants had brought tea and snacks to the party and it really added a shine to the already festive atmosphere. What was really moving to see was parents in costumes alongside the children.

What was initially planned as a journey for children became a journey that the whole family took together. Today’s session was a beautiful reminder that when the arts are applied to bring people together- magic happens! In this case- a bit of madness happened too, over an enjoyable tea party!