Oota Thota has evolved as a flagship project under the Direct Care at Snehadhara. With the intent of using cooking creatively it enables the children to explore and build culinary skills. It also looks at engagements within community spaces, fostering social skills as well as creating opportunities leading to livelihoods. Café Obattoo has emerged as one of the strongest (and most delicious) programmes in the Centre with respect to at least one group of children. 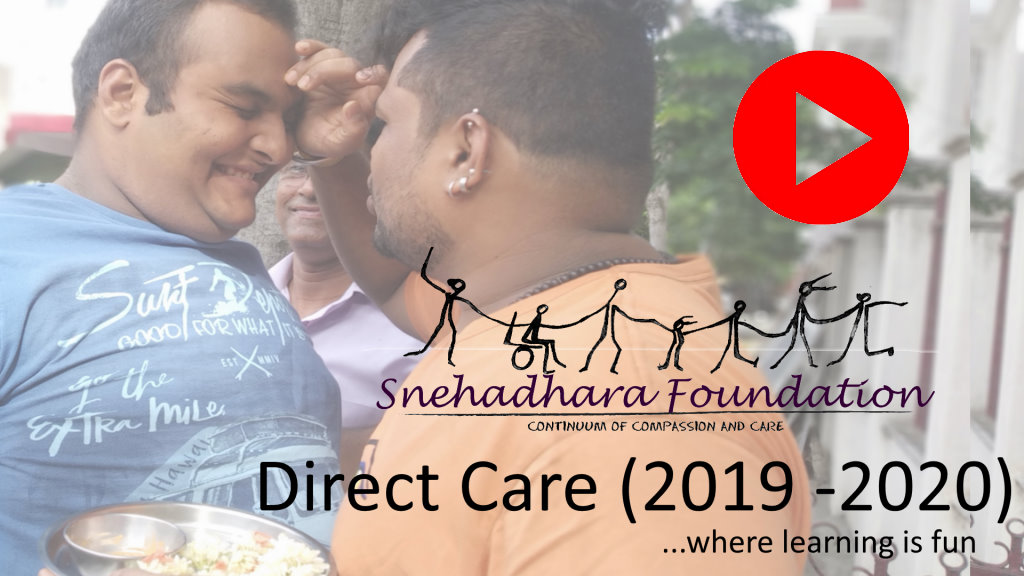 Cook with the Kids, Make a Mess !

Oota Thota is our classroom in the kitchen. It is an arena of multiple learning possibilities. It harbours the potential for independence and social interaction.

The beginnings of Oota Thota (2015 onwards) focussed on developing basic functioning skills as well as connecting with community spaces. For the former, a space was created for a group of children to contribute to the overnighters by cooking dinner at the centre. In addition to this, as an endeavour towards encouraging socialization and communication within community spaces, we took the children to The Millet Cafe and Zhang’s restaurant for kitchen and customer support. Our ‘learning in the kitchen’ program evolved into Cafe Obattoo, a weekly venture that enabled the children to give us a wide variety of cuisines. The goals of the Cafe were built into the curriculum for the children.

Lick the Spoon, Have Fun !

“Cooking is love made visible”

Highlights of the Program

To promote inclusive spaces and awareness of learning diversities.

To encourage socialization, communication, and the development of leisure activities.

To explore learning language and math using “use your words” to describe products, sorting and categorizing them, learning step by step and first-next-last concepts.

To encourage children with needs to experience outdoor spaces, beyond their homes and learning centers thus exploring possibilities of employment with established cafes/ restaurants/ supermarkets.

Through Oota Thota, the kitchen at Snehadhara has emerged as a veritable zone of learning and possibilities. The curriculum in 2019-2020 continued to harbour cooking as an essential part of the learning for all groups.

Cafe Obattoo entered its third year in 2019-2020 with continuous evolution in the possibilities that open up for the children. We worked on fine motor skills, participation, attention, social skill, group interaction, impulse control through a focus on quantification- understanding measurements, gaining number sense, money concept as well as setting rules, menus, recipes, taking complete responsibility through the entire process from recipe to serving to sharing roles.

Café Obattoo that was begun to entice the children towards learning to cook or support culinary work, manage money, clean up, work in teams and relate to ‘customers’at the Café, moved in this year towards a definite display of more ownership from the children. Any regular customer of Café Obattoo would vouch for the innovations in the menu and presentation of the food over the last year. From healthy salads and drinks to crisply fried snacks and tangy chaats with spicy chutneys, Café Obattoo has emerged as one of the strongest (and most delicious) programmes in the Centre with respect to at least one group of children.

The culinary adventure that started in 2017-2018 with Cafe Obattoo embarked on the next leg of its journey in 2018-2019. This year with Oota Thota we wished to bring the experience to all the groups at their pace. Cooking was a part of every group’s curriculum for the week.

In the first term the Cafe group continued with its weekly enterprise of providing us with delicious goodies with a focus on fine tuning their kitchen skills, a more entrenched relationship with the tool and the process. In the second term the Cafe Obattoo moved from Tuesdays to Mondays as this group handed over the mantle of the cafe to another group and started cooking for themselves every Tuesday in their endeavour Hamari Rasoi. The intent here was to look at planning a meal, executing it and moving towards independence with the process.

The other groups set upon the path to familiarise themselves with the kitchen, its tools and implements, their purpose, the process to use them and finally to pick up the skills in a deeper more concerted manner that lead to a better understanding of how a dish is prepared.

Oota Thota 2018-2019 was about the behind the scenes action, the smaller bits that create a whole, the importance of working on each part that combines to create the final product.

Sometimes the most ordinary things become extraordinary by doing them together. ‘Dhoop Dhamal’, the summer school program 2017-2018 paved the way for a different experience in the culinary world for our children. They cooked together, they served together, they powered their creativity and gave a kick start to the cafe ‘Obattoo’.

Thus our ‘learning in the kitchen’ program  evolved into Cafe Obattoo, a weekly venture that enabled the children to give us a wide variety of cuisines from vaadams, papads, laddoos and cutlets to parathas, chaats, doughnuts, idiyappams, momos etc. as the skills developed.

We started with one group that took it upon itself to create recipes, buy ingredients, learn about pre cooking skills, cook up the dish and also serve it and sell it in the cafe space. Produce was also harvested from the in house garden thus demonstrating the cycle from the land to the table. Through the year the group also showed resilience and endurance through preparing lunch for the team as well as running the cafe on the same day. Built into the narrative were learnings on waste management, cleanliness as well as the concept of Seva Cafe.

This was a lot of action and tremendous insight into the process of how food comes on our plates.